Welcome to Inkcap Journal, a newsletter about nature and conservation in Britain. This is your Friday digest. You can still read this week’s photo essay on how the English engage with nature.

While this newsletter is free, Inkcap Journal is totally funded by its readers. Please consider making a monthly or yearly donation; all members receive occasional bonus content.

Queen’s Speech | The Queen set out the government’s legislative agenda as she officially reopened Parliament this week. Among the 30 laws that she announced was the Environment Bill – the third time that she has announced it. “With half of wildlife already in long-term decline, there's no time to lose – the Government must bring the Bill back as a matter of urgency – and proceed to deliver it as quickly as possible,” said Craig Bennet, head of the Wildlife Trusts, adding that he also hoped the government would strengthen the legislation. The Environment Bill contains proposals that will affect developers, known as biodiversity net gain, meaning that any destruction of nature must be compensated for through habitat creation elsewhere; Sky News has a feature on how landowners are already preparing for this provision. But campaigners fear that new planning laws will be an “utter disaster” for the countryside, reports the Guardian. A proposed amendment to the Environment Bill, designed to clean up rivers, was better received; Mark Lloyd, head of the Rivers Trust, called it a “crucial first step in the right direction”. The Queen also briefly mentioned climate change. Meanwhile, in its Action Plan for Animal Welfare, the government introduced a package of measures to strengthen the protection of wildlife in the uplands, including a pledge to launch a call for evidence on the use of snares.

Saltmarsh | On the Gower Peninsula in south-west Wales, the National Trust is allowing the sea to reclaim some of its land, transforming Cwm Ivy from a pasture into a saltmarsh. Storms overwhelmed the sea defences in 2013-14, and, rather than repair them, the Trust decided to let nature take its course, reports the Guardian. Today, it is rich in flora and fauna – and represents some of the issues that will arise across the UK as climate change leads to rising sea levels. “We will have some difficult decisions in the decades to come, but Cwm Ivy is an excellent example of how we need to start thinking about the effects of climate change and working with it,” said Keith Jones, the Trust’s climate change advisor.

Seabirds | A £2.3m study will investigate the effects of toxic pollutants on seabird populations in the Firth of Forth, reports the Scotsman and the Yorkshire Post. The study will be conducted by scientists from the UK Centre for Ecology & Hydrology and the University of York, using the European shag as a case study over a three year period. The Firth of Forth was chosen as it is home to important populations of protected seabirds yet is also polluted by numerous sources, including more than a hundred disused waste sites. Project leader Dr Francis Daunt highlighted that these bird populations are already struggling due to climate change: “Therefore, it is particularly important to understand the impacts of the additional threat posed by contaminants from waste.”

Norfolk | White-tailed eagles are set to return to Norfolk after Natural England licensed their reintroduction this week. The work is being led by the Roy Dennis Wildlife Foundation and will take place at the rewilding project Wild Ken Hill, which, as the Telegraph points out, is right next to the Royal Family’s Sandringham Estate. Up to sixty eagles, sourced from Poland, will be released as part of a ten-year project. Farming groups have expressed concern about the return of this apex predator, reports Farming UK. Sandringham itself moved to protect hedgehogs this week, removing its electric fencing following a request from the British Hedgehog Preservation Society, reports the Eastern Daily Press. Elsewhere in Norfolk, two housing giants, Persimmon Homes and Taylor Wimpey, have been criticised for removing trees and hedgerows on their joint housing development.

Fife | Scottish Water has been fined £6,700 for a chemical spill which leaked into the River Eden in 2018, reports the Scotsman. The spill, which took place at a water waste treatment works near Cupar, Fife, killed at least 500 brown trout, salmon and sea trout. A spokesperson from Scottish Water said the company takes their environmental responsibility “very seriously” and has taken actions to reduce the risk of recurrence. David Farmer, secretary and treasurer of the Eden Angling Association, said lessons have to be learned “so it never happens again.”

Carmarthenshire | The South Wales Guardian profiles “rewilding” work taking place at Aberglasney Gardens, where the neat lawns have been turned into grasslands and wild meadows. Wildflowers have recolonised the site as the mowing regime has been rowed back, and the public has been generally supportive of the project. “The most notable changes have been that honeybees and bumblebees are far more common, and honey crop has improved year on year. Mammals such as field mice and invertebrate pollinators are also spotted more frequently since wildflower species have recolonised in the grasslands,” according to the article.

Nature | A report by the British Ecological Society outlines the potential of nature-based solutions in tackling climate change and biodiversity loss. It is the first complete assessment of its kind for the UK and incorporates contributions from more than 100 experts. The UK’s peatlands emerge as a particular priority, as many are no longer sequestering carbon due to their degraded state. Dr Christian Dunn, the lead author of the peatlands chapter, said: “If we’re serious about carbon in the UK we have to look after our peatlands first.” The report was covered by the Guardian and the Financial Times. Also this week, a comment piece in Nature, led by researchers at the University of Oxford, highlighted the potential role for nature-based solutions in helping to tackle global climate change.

Farming | A report from the think-tank IPPR sets out a “new social contract for farming”, imagining new roles for farmers, the state and the public in the pursuit of a net-zero and nature-positive economy. This includes a strategic vision for farming and a roadmap to achieve this, based on ambitious agri-environment schemes and new agricultural business models. “Now is the time to reaffirm the place of farming in national life,” says the report.

Invasives | A report from the Environment Agency has concluded that the tools they use to detect invasive non-native species may not always be effective in the early stages of invasion, and emphasises the need for effective monitoring and measures to mitigate impacts. The report is based on a project which examined the impact of these species on the ecology of the sites where they were present. “It is vital that any tools used to assess the status of ecosystems are accurate in their representation of the ecological reality,” the report says.

Mental health | Although spending time in nature is good for our mental health, quality of experience is more important than the number of minutes, according to Dr Michael Pocock of the UK Centre for Ecology & Hydrology. These are the preliminary results from a project that he and other researchers conducted last year, examining whether citizen science activities can themselves enhance our connection to nature. Inkcap Journal covered this experiment at the time.

Death | Monitoring the remains of dead animals can help scientists to better understand how well an ecosystem is functioning, according to a study in Ecology and Evolution. By looking at things like decomposition rates, scavenger diversity and abundance, and the state of the surrounding vegetation and soil, scientists can assess the health of the food web and make comparisons across various landscapes and biomes. “We see great potential to incorporate carrion monitoring into ecosystem management,” the study concludes.

Plants | Scientists are just as vulnerable to the allure of a pretty flower as the rest of us, according to a study in Nature Plants. It’s not just charismatic mammals – the pandas and the dolphins – that hog the limelight, but also the most colourful and conspicuous plants. This “attractiveness bias” could divert research attention away from more ecologically deserving species, warned Prof Kingsley Dixon, who co-authored the paper.

Woodland | A feature in the Guardian examines a rather leafy trend to emerge from lockdown: the buying up of British woodlands. One estate manager has seen demand double since the beginning of the pandemic as people sought private solace in nature. A personal green oasis comes at a price, however, with woodland averaging £10,000 per acre. Some buyers have taken out specific woodland mortgages, while many are re-mortgaging their main house to fund their purchases.

Rewilding | In Scotland, the battle lines are being drawn between farmers and rewilders, according to a piece in the Farmers Guardian. Following calls by the Scottish Rewilding Alliance to make Scotland the first “rewilding nation”, the National Farmers’ Union hit out at the “long line of brazen and presumptuous” claims, including proposals to reintroduce lynx and wolves. “Farmers and crofters in Scotland can be confident that the union, as a member of the Scottish National Species Reintroduction Forum, will take all necessary steps to ensure their interests are protected were a formal application for release ever to be made,” said Martin Kennedy, president of NFU Scotland. Meanwhile, the Scotsman has a feature on the role that trees could play in Scottish rewilding efforts.

Justice | Northeast writer Dr Sheree Mack has joined the Northumberland National Park as its Black Nature in Residence writer, where she is working to make the county’s wild spaces more accessible to all through a series of creative projects. According to the Chronicle, she wants to develop a “Black nature language” that will help others from communities of colour to connect to the landscapes around them. The Black Nature in Residence project also aims to remove some of the barriers that prevent people of colour visiting the countryside.

Recovery | This lovely story in ITV Wales recounts how Rob McBride’s foot journey along the 177-mile Offa’s Dyke Path not only boosted his mental health recovery, but also helped to identify many of the country’s most historic trees. Known as the Tree Hunter, Rob shares his knowledge with the Woodland Trust, who are compiling an inventory of Britain’s ancient trees. 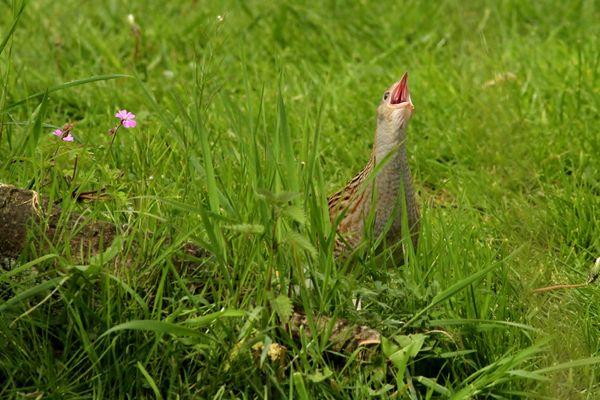