One of the earliest references to seaweed harvesting appears in a sixth-century poem from the Hebrides.

It’s a prayer that is usually attributed to Saint Columba, the Irish monk who established a monastic community on Iona in 563 AD. He beseeches to God to support their daily work of “gathering seaweed, catching fish, giving food to the poor.”

The original Gaelic refers specifically to dulse, one of the hundreds of species of seaweeds that grow around the British coast. These forests of macroalgae have been harvested for millennia, supplying communities with food, medicine, fertiliser, and animal fodder.

Dependence on wild harvesting has ebbed and flowed since the time of Saint Columba – a boom and bust cycle that has typically tracked contemporary fortunes, industries and technologies.

Now, it is boom time again, the latest craze borne of a fashion for seaweed-based superfoods, cosmetics, and other products. Globally, the commercial seaweed market was worth $13bn in 2019, and is projected to grow to almost double that by 2027.

With its lengthy coastline and plentiful seaweed resources, Scotland is well-positioned to capitalise on this demand, creating employment and economic opportunities in remote highland and island communities while encouraging sustainable stewardship of marine resources.

There is growing interest in seaweed farming, but the industry remains young, with just a handful of businesses operating in British waters, and so attention has turned, once again, to the coastline’s wild resources.

Ben Oakes runs the Isle of Skye Seaweed Co., which is one of around 13 wild seaweed harvesting businesses based in Scotland.

His company is one of the smaller operations: his days are spent on the beaches of Skye with a bucket and a pair of scissors. The seaweed he picks is later dried and infused with coconut oil, and then transformed into a variety of cosmetics, including lip balm and beard wax. For him, wild harvesting is another way to earn a living from the sea, the money he makes from seaweed supplementing his income from scallop diving.

“The most important thing for me is showing people that, if you work with the environment, you’ve got a business for life and for generations to come,” he says. “If I strip everything, I’ll have nothing left. It’s in my best interest to protect it and to help other people understand and respect it.”

Wild harvesting may be an ancient tradition, but it has spawned a 21st century alter-ego. A proposal by Marine Biopolymers, a company based in Scotland, to mechanically dredge kelp from the seabed was branded a “disaster” for the marine environment, and was banned by the Scottish parliament in 2018. There was similar backlash in Ireland when, in 2017, communities learned of a proposal from BioAtlantis to mechanically harvest kelp in Bantry Bay.

These kinds of operations have given wild harvesting a bad name, but the kind of work carried out by people like Oakes could not be more different.

The seaweed is cut at the stem, rather than torn from the seabed, and is generally taken in small quantities; harvesters generally have more in common with sixth-century Hebridean monks than the metal dredgers that Marine Biopolymers proposed using on the seabed. An environmental assessment of wild seaweed harvesting, commissioned by Marine Scotland in 2016, concluded that hand harvesting was unlikely to cause much damage to biodiversity and coastal habitats.

But there is one problem: unlike kelp dredging, wild seaweed harvesting is unregulated in Scotland. As long as the seaweed is not removed from the seabed, there is no need for a marine licence, regardless of the volume picked by the harvester. And this relative free-for-all could cause problems as the demand for wild products grows.

Anyone can take seaweed for their personal use – an activity akin to “blackberrying” – but commercial pickers must gain permission from the relevant landowner. Around half the time, this will be the Crown Estate Scotland, which works with NatureScot to ensure that proposals are sustainable. The rest of the foreshore is owned by a patchwork of private landowners, who have no obligation to assess proposals for environmental risks, as long as their land is not a Site of Special Scientific Interest.

The artisanal branding of such endeavours can mask the scale of their operations. Existing businesses vary widely in size: some take less than one tonne per year, while others harvest thousands, aided by mechanical boats.

NatureScot has been raising the alarm about this regulatory no man’s land for over a decade. In 2017, it pushed back against Marine Scotland’s finding that only industrial mechanised wild harvesting risked doing significant harm to the environment.

“We do not agree that these effects will necessarily be limited to impacts resulting from only mechanical harvesting from the seabed using a vessel, or that significant impacts will be limited exclusively to larger scale operations,” the agency wrote.

A few years ago, the government started to pay attention. In 2018, at the same time as banning mechanical kelp dredging, Scotland’s environment secretary Roseanna Cunningham announced a review of wild harvesting regulations, led by a steering group of fishers, environmentalists, planners, businesses and other interests.

While progress has been somewhat disrupted by the pandemic, the group is already considering various options for future regulation – for instance, whether harvesters taking larger volumes of seaweed should face more stringent licencing requirements than those taking a few tonnes per year.

The steering group is also working to address the danger that certain areas or species could be overharvested by multiple unregulated harvesters working along the same stretch of shoreline, a problem that could potentially be fixed by the creation of a seaweed harvesters register.

“That would be really helpful in guiding our understanding to provide advice and support harvesters, but also in helping harvesters understand where opportunities lie along the coast,” says Tracey Begg, marine sustainability adviser at NatureScot, one of the organisations that sits on the steering group.

Given the concerns over kelp dredging and the limits to wild harvesting, Alex Adrian, aquaculture operations manager for the Crown Estate Scotland, believes the future of the seaweed industry lies with farming; two of the Crown Estate’s three biggest licensees are already considering growing their own seaweed resources to meet demand.

“I don’t know whether we’ll see any large scale proposals anymore. The Marine Biopolymers proposal was interesting because it shone a light on what coastal communities and society in general considers to be acceptable treatment of the marine environment,” he says.

“Seaweed harvesting as a business model will have a finite capacity to expand because there will come a point where enough is enough and there are no more places to go. If you farm it, you’ve got much more scope to grow because you’re producing it yourself and there’s a lot of space out there.”

There appears to be little to fear from harvesters themselves; the evidence suggests that people choosing to make their living along the Scottish shoreline are anxious to keep their wild office in pristine shape.

“Often, a new sector (e.g. peatland forestry and aquaculture) ‘booms’ and environmental regulations are introduced some years down the line, but the new seaweed companies have been eager from the outset to ensure that they operate sustainably and sensitively,” wrote Stewart Angus, coastal ecology manager at Scottish Natural Heritage, in a 2017 paper.

To date, a general distaste for seaweed appears to have preserved Scotland’s coastal forests: a gastronomic suit of armour protecting it against the overexploitation associated with beef, cod and other favourites. With seaweed now a fashionable superfood, and the opportunities greater than ever, there is a risk that armour may start to crack.

Sophie Yeo is a writer based in Newcastle-upon-Tyne. She is the founder and editor of Inkcap Journal.

Sign in or become a Inkcap Journal member to join the conversation.
Just enter your email below to get a log in link.

Campaigners have five years to record a sprawling network of paths – but the pandemic is thwarting their work. 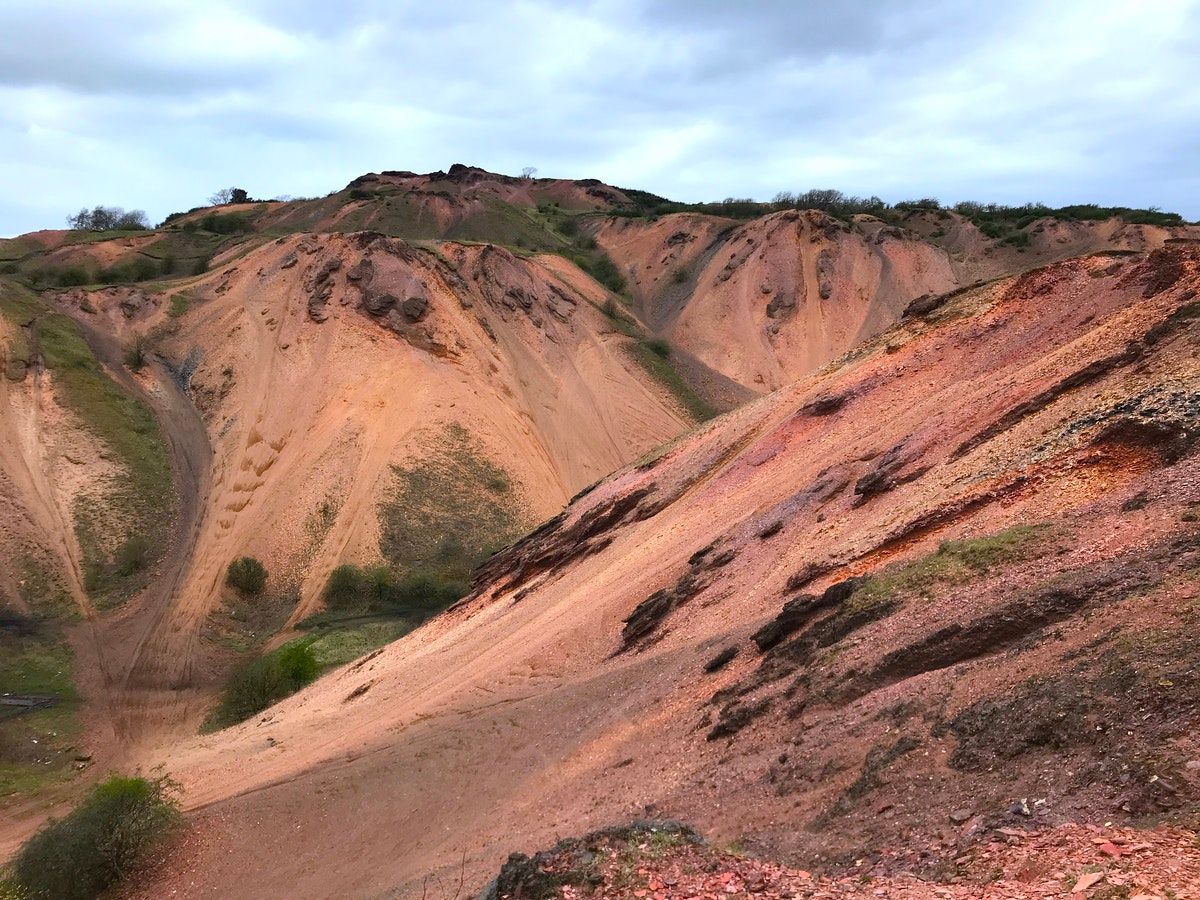 The remains of Scotland's industrial past have created opportunities for orchids, birch and insects, writes Cal Flyn.